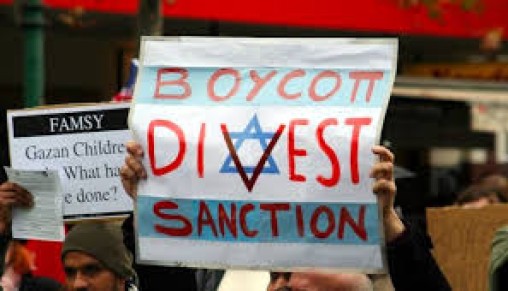 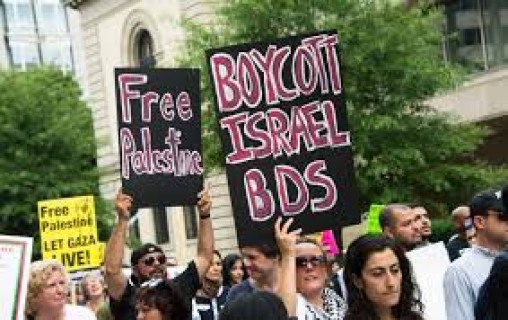 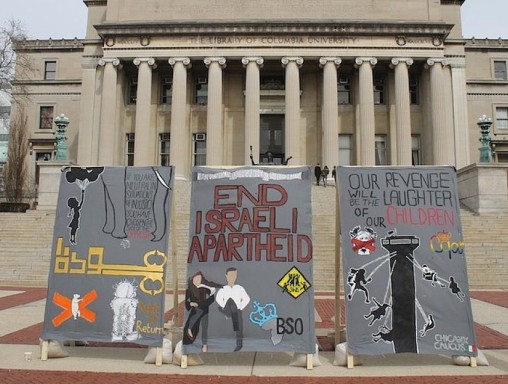 • The Boycott, Divestment and Sanctions (BDS) movement is an anti-Israel campaign that seeks to use economic leverage in order to create a world without a Jewish state.

• The BDS Movement is a loosely connected network of Palestinian civil society groups coordinated by the Palestinian BDS National Committee.

• Many affiliated groups lead and coordinate the charge in the United States, including US Campaign for Palestinian Rights, Jewish Voice for Peace, and Students for Justice in Palestine.

• The BDS movement does not support Israel’s right to exist in any part of the ancient homeland of the Jewish people. BDS co-founder Omar Barghouti has said, “Most definitely, we oppose a Jewish state (in any part of Israel’s internationally recognized borders).”

• The BDS movement would deny the Jewish people the right to self-determination while embracing that right for others. This is an antisemitic stance.

HISTORY OF THE BDS MOVEMENT

• Boycott initiatives against Israel can be traced back to the Arab League Boycott, which began in 1945 and had significant economic ramifications for the state.

• What is today known as the BDS movement emerged in 2001 during the UN’s World Conference Against Racism in Durban, South Africa. This conference was taken over by anti-Israel NGOs who sought to demonize Israel, equating Zionism with racism and laying out the BDS strategy in a final declaration.

• In July 2005, a coalition of 171 Palestinian organizations called for a BDS agenda against Israel, solidifying BDS as a movement.

WHAT ARE THE GOALS OF THE BDS MOVEMENT?

• BDS seeks to isolate Israel as a pariah nation by normalizing anti-Zionism as a valid movement for justice. This fact runs counter to some claims that the movement only seeks reform of Israeli government policy.

• BDS opposes the two state solution. It calls for the “right of return” for Palestinians who fled in 1948 and their descendants to within Israel’s internationally recognized borders. This would create one state in which Jews would be a minority, effectively ending Jewish self-determination.

• BDS groups oppose any normalization efforts, such as peacemaking and reconciliation, that bring Israelis and Palestinians together. Such efforts would build trust, empathy, and hope for a brighter future.

WHAT ARE THE TACTICS OF THE BDS MOVEMENT?

• BDS distorts reality by promoting an extremely simplistic view of a very complicated conflict, presenting one side as wholly good and the other as evil.

• BDS activists build inroads with progressive groups they believe will be sympathetic to their cause – student activists, mainline Protestant churches, and social justice movements. In this way, BDS seeks to move its extreme views into mainstream political and academic discourse.

• BDS supporters claim its movement is one of nonviolence. However, it’s co-founder, Omar Barghouti, embraces armed struggle as a legitimate right, and members of terrorist groups such as Hamas are affiliated with its national committee.

WHY SHOULD WE REJECT BDS?

• BDS is a divisive tool that drives the Israelis and Palestinians apart rather than together, damaging the cause of peace and justice.

• Building and sustaining a lasting peace requires deeper ties between Israelis and Palestinians, cross-cultural exchanges, and shared sacrifice. We must nurture an environment of cooperation, not undermine it.

• Israeli and Palestinian leadership – along with the international community – support two states for two people as the only equitable and practical solution to the conflict.

DOES BDS HAVE REAL IMPACT?

Due in part to the efforts of groups like IAN, the Jewish Federations, and our partners, severe economic impact of BDS has been thus far curtailed. However, the underlying goal of the movement is to alter public opinion and has a real cultural and psychological impact.